The Real Reason They’re Not Reading Your Emails Here’s an experiment. Read the following paragraph once:

With hocked gems financing him, our hero bravely defied all scornful laughter that tried to prevent his scheme. “Your eyes deceive,” he had said. “An egg, not a table, correctly typifies this unexplored planet.” Now three sturdy sisters sought proof. Forging along, sometimes through calm vastness, yet more often very turbulent peaks and valleys, days became weeks as many doubters spread fearful rumours about the edge. At last from nowhere welcome winged creatures appeared, signifying momentous success.

Did that paragraph make any sense?

This little passage, from Robert Ornstein’s book “The Right Mind,” is actually about the first voyage of Christopher Columbus. Go back and read the paragraph again with this in mind. Makes more sense now, doesn’t it?

You’ve just experienced the power of context. Your brain searches for it constantly. And while it searches, you won’t be paying attention to anything else. Your mind will drift while it works to fill in the blanks whether it fills in those blanks correctly or not.

When it comes to workplace communications, lack of context is just one of the ways the brain can get thrown off course, and when it happens in email, it can lead to misunderstandings, frustrations or even conflict.

When was the last time you got an email that really ticked you off, only to realise later that you made erroneous assumptions about what the other person meant? Or maybe you’ve been on the receiving end of an “enigmatic email” that leaves you wondering, “Did I do something wrong?”

You might also have been surprised or annoyed by the reactions to some of the messages you’ve sent. Is there one person who never seems to read any of your emails? Someone who’s always misconstruing everything you say, no matter how much detail you give them?

Email seems particularly prone to misunderstandings, partly because so many messages arrive without that all-important context, and partly due to the fact that, as individual thinkers, each of us processes communications in our own way, resulting in distinct “dialects of the brain.” People can attach different meanings to the words they use based on their different perspectives. Those varying communication styles leave plenty of room for misinterpretation or tuning out entirely.

But this isn’t a blame-your-brain post. In fact, once you’re aware of these challenges, you can start using your brain to your advantage.

The Language of Communication Styles

We’re all bombarded with email. The temptation to delete, file or ignore is real. If you want people to not only read your emails but also take away from them what you really mean, it’s in your best interest to become more comfortable communicating across the thinking style divide.

Different communication styles might feel foreign to you at first, but with a few tools and some intention, you can quickly become multilingual. When you know the recipient’s communication style, you’ll be able to prioritise which thinking quadrants are most important from their perspective and be sure to cover those first. For example, if you’re sending an email to someone who prefers “just the facts,” you’ll want to get straight to the point. Is it someone who prefers detailed, organised communications? Try bullet points, clear headings, and a linear flow. For someone who’s more interpersonally oriented in their thinking, use a conversational, friendly tone. Try metaphors and incorporating visuals to engage more conceptual thinkers.

If you don’t know the style of your audience, or if you’re sending an email to a group, the fail-safe assumption is that you’ll be communicating to a diverse audience, so your best approach is to incorporate all styles into your message. It’s easier to do than you might think.

The Whole Brain® Communication Checklist below is helpful tool for covering the thinking bases in your communications. You can also use this as a guide to check against before sending out a critical email message that you need to be sure a diverse audience reads and understands.

“Today is the first day of the rest of your life.”

“Today is the last day of your life so far.”

The first creates an opening to new possibilities; the second shuts down possibilities. If you don’t want someone to “fill in the blanks” of your intent, make sure your context is clear.

And if you’re on the receiving end of one of those enigmatic emails? Make a conscious choice to seek necessary context, use a different perspective or reframe before you draw a conclusion. There’s almost always another way to look at any situation. Read between the lines, and be willing to stop and think about the communication with a different worldview.

Harness the power of context. Because no matter what your communication style is, context will create the opening for intention to break through.

A Whole Brain® approach does wonders for workplace communication. To find out how we can help contact us for a free consultation. 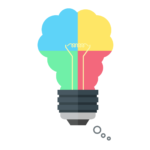 Are you enjoying our articles?

We respect your privacy and will never share your details with anyone else. You can unsubscribe at any time.